To better understand how these mismatches occur, take a look at this user conversion path for a razor company. We’ll refer to the user as Michael and the razor company as Rick’s Razors.

Looking at conversion reports across Google Ads, AdRoll and Facebook, Rick’s Razors sees three conversions total — but the company’s internal database confirms that there was only one conversion (Michael’s purchase).

Here’s what’s going on: Google Ads, AdRoll and Facebook each have their own pixel that’s tracking Rick’s Razors conversion event. When Michael converted, each pixel triggered independently. This explains why the platforms are reporting three conversions, even though Rick's Razors knows there was only one. 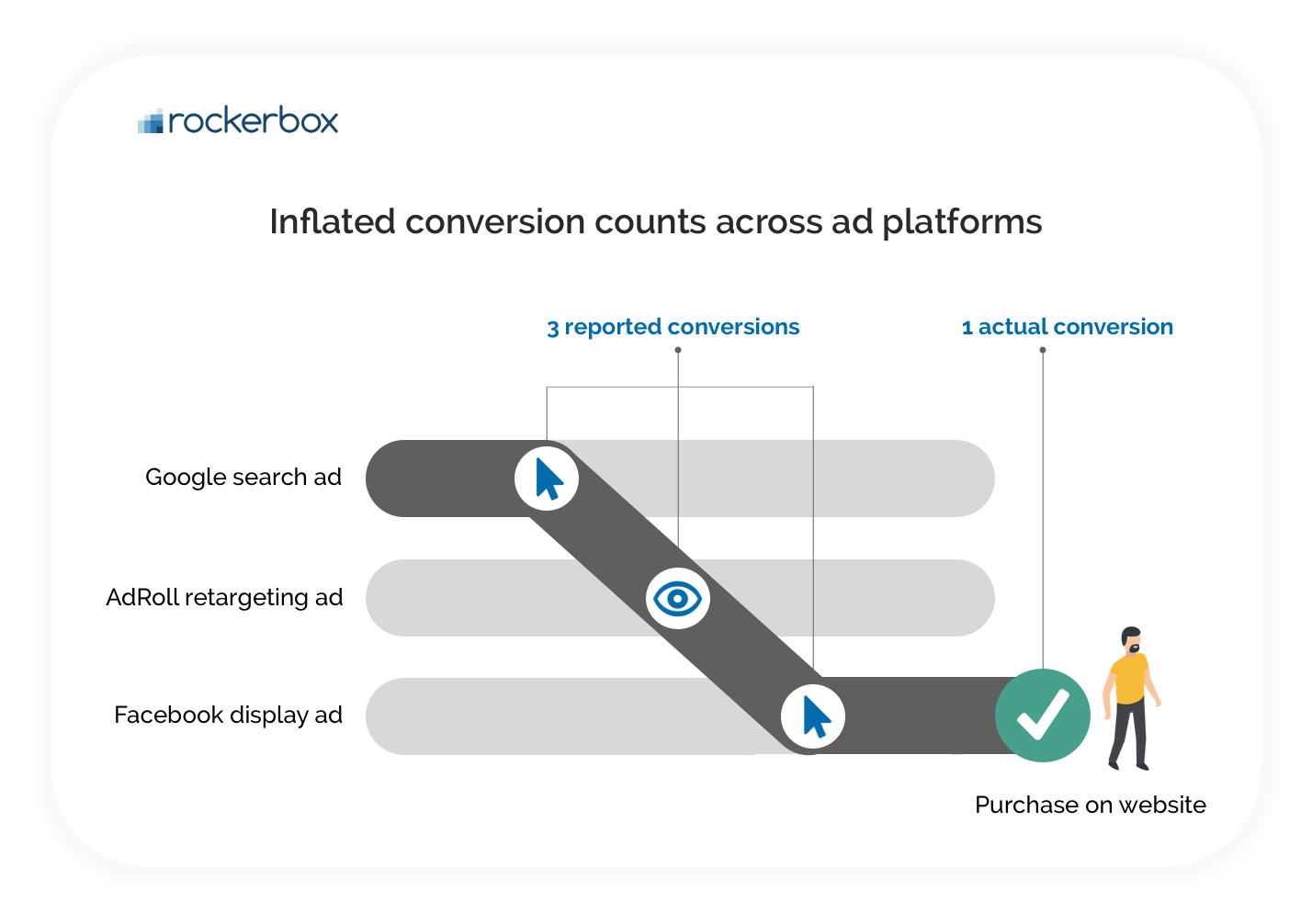 These advertising platforms are essentially saying, “I served an ad that led to a conversion, so I’m taking credit.”

Why is every platform taking credit?

When calculating conversions, advertising platforms have no incentive to consider any other platform’s influence. Why would they put a ton of work into building out technology that could ultimately make them look bad?

Think about sales associates at brick-and-mortar stores as an analogy for this.

If you spend a good amount of time making a product selection at a large store, you’re probably offered assistance by at least two sales associates. After they help you, they tell you their name so you will give them credit when you check out.

Sales associates have no incentive for you to mention anyone else’s name upon your checkout — this would mean less acknowledgement from their boss. They always want to take full credit for assisting you.

Understandably, there’s skepticism in relying on conversion counts directly from third-party advertising platforms. You’ll always be over-counting if you add up the conversion counts reported by each platform.

Google Analytics resolves this by providing a single source of truth for conversion counts. This is great, but you still won't know how much influence each platform had in driving a conversion. Google Analytics only provides rule-based attribution models, which lack the sophistication needed to do this.

At Rockerbox, we don't care if you spend with Google or Facebook, and we're not incentivized if you spend more or less money on ads. We are an objective third-party showing which of your marketing channels are the most effective, least effective, and everything in between.

Updated about 3 years ago